“Whither, then, are you speeding, O Russia of mine? Whither? Answer me!”

Countrymen! Lend me your eyes: here before you lies my little novel, based on the original written by fellow other-countryman Gogol. If you espy a passage that sounds unbelievable, or extraordinary, or not of this realm, your vision does not deceive you, for this is a work of life, less of art, and the realm of life is full of the fantastical, moreso than the bland. Should you spy a weak passage, know that, too, is no ocular deception, but rather the limits of my powers of eloquence and general cleverness. So, do be generous with my weaknesses, as we all have faults, mine perhaps more extraordinary than most.

My fellow other-countryman had intended his masterwork of the same title, what he lovingly referred to as his “poem in prose,” in three parts; know this, then, that I am lucky to end the second part of his prose poem. I pray we have world enough and time for the next poet to pick up from where I left off, but I, and perhaps many of us, have our doubts as to the longevity of our time on this fair planet. Unlike my fellow other-countryman, I decided to immortalize this work in electronic verse rather than in flames and embers, for I find it easier to read this way, though this is perhaps the first of my mistakes. Nor will that be the last of an unending train of errors. But we shall go upon this course together, perhaps the rockiness will make it endearing to us, for love lies in the errors, none of the perfections. I can say more of the errors of this continuation of ashes from a hundred seventy years prior, but I feel obligated to mention that an editor can only do so much.

The first of my un-mistakes was keeping worldly Tchitchikov. The immolated immortal lives eternal, and his story, more so than most, is necessary to understanding our current world’s affairs. The only other thing I have written correctly perhaps in my entire thirty-seven years is his maintaining the friendship of his ever-companion Selifan. As our other-countryman left off the two, they had been knee-deep in—political difficulties, we shall say. One might also say they had been chased off by various local party officials for suspicious activity, the type of activity that has yielded Tchitchikov the muster roll of his invaluable army of dead souls. With but two full weeks to the mid-term election, our precious duet of living souls have precious little time to capitalize on their brave work over the past four months. Yet these two, together for eternity, to suffer through the travails of the modern world now, this seems a fitting Sisyphean judgment to they whose horrid crime was birth. It is through companionship, perhaps not romantic love, that we suffer through the pains of this world, and even I could not bear to rend the two apart lest the ghosts of the fictive haunt me at night. But here I am, waxing almost-poetic.

The second of my mistakes, the first being that this copy will not yield to flame, is, then, being a writer of the world rather than an actor in it. This is not true, not entirely, as I do my performance but to no audience. But many these days, they do act out, they do jump into the fray and frighten themselves into action. I hope this book does the same for you! Perhaps you are the person whose action will yield fruit, a load lightened as Dickens might have said, a fleshy persimmon as I would enjoy, or a world saved as others would appreciate. Know I shall await you in my miserable musings, and know that though I put on this play before you begin yours, it is how we end that determines the nature of the course we have passed; this one a comedy to play out before your deep work of philosophy and justice to come.

And the third mistake, as all terrible things, such as bill notices and babies, must come in threes, is that I have not started our American Poem where all good poems begin, and shall shortly amend this error.

GO TO CHAPTER ONE 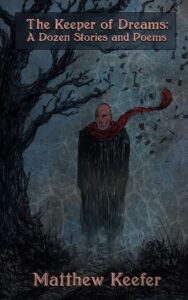